In pictures: May Day protests around the world

Despite pandemic-related restrictions on daily life, some people are taking part in demonstrations.

Every year May Day is used to mark many things - from the coming of spring in the Northern Hemisphere to the fight for workers' rights. This year many rallies have been scaled back because of coronavirus lockdowns, although some have taken place on the streets and online.

Here are some of the events that have marked the day. 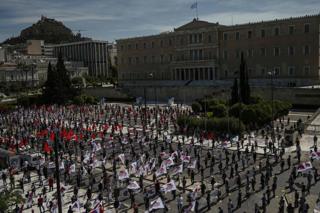 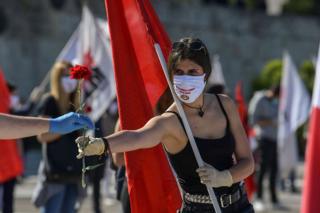 Image copyright Aris Messinis / AFP Image caption The Greek government asked groups to delay public rallies by more than a week, but leading union GSEE called for a general strike to coincide with May Day 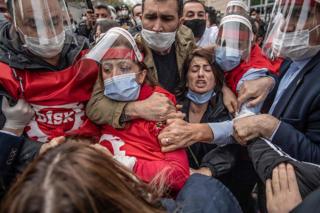 Image copyright Bulent Kilic / AFP Image caption In Turkey, several demonstrators were arrested as they marched towards Istanbul's symbolic Taksim Square to mark May Day in defiance of the government's coronavirus lockdown 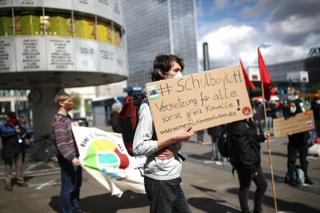 Image copyright Maja Hitij / Getty Images Image caption Gatherings in Germany are currently limited by authorities to a maximum of 20, which means many small May Day protests are taking place instead of traditional, large-scale marches 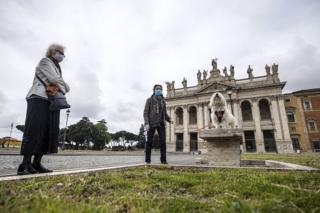 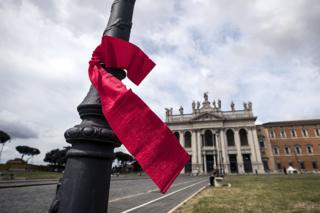 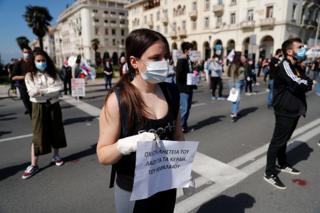 Image copyright Murad Sezer / Reuters Image caption In Thessaloniki, Greece, a woman holds a placard that reads: "No to robbing people for the profit of capital" 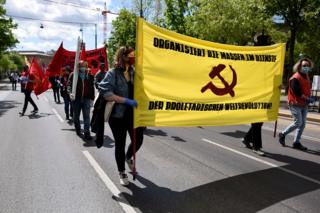 Image copyright Thomas Kronsteiner/Getty Images Image caption In Vienna, Austria, protesters hold a banner reading: "Organise the masses in the duty of the proletarian world revolution". There are 15 different registered demonstrations and gatherings across the city 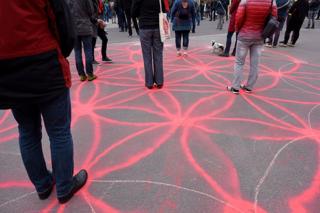 Image copyright Thomas Kronsteiner / Getty Images Image caption At one of those Vienna protests, participants painted circles on the floor to keep their distance as they demonstrated against the government measures to slow down the spread of coronavirus 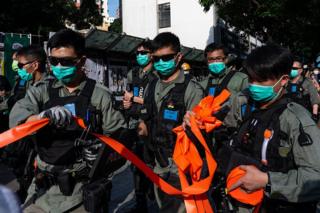 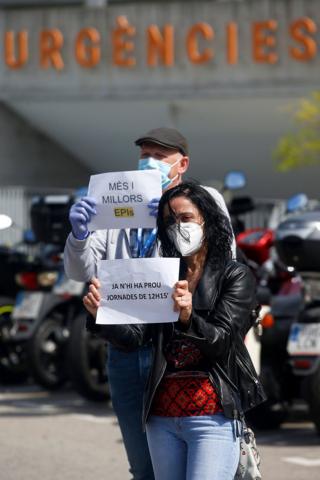 All photographs subject to copyright