‘It’s being built on our blood’: the true cost of Saudi Arabia’s $5bn megacity

With an artificial moon and flying taxis, Neom has been billed as humanity’s next chapter. But beneath the glitzy veneer lies a story of threats, forced eviction and bloodshed

“The future has a new home,” proclaims the website.

“It’s a virgin area that has a lot of beauty,” says the voice over a string section soundtrack as the promotional video tracks colour-tinted panoramic shots of picturesque desert expanses, and deep azure lagoons.

“The future has a new home,” proclaims the website.

“It’s a virgin area that has a lot of beauty,” says the voice over a string section soundtrack as the promotional video tracks colour-tinted panoramic shots of picturesque desert expanses, and deep azure lagoons.

The brainchild of Crown Prince Mohammed bin Salman, the new city state of Neom, named from a combination of the Greek word for “new” and the Arabic term for “future”, is intended to cover an area the size of Belgium at the far north of Saudi Arabia’s Red Sea coastline. 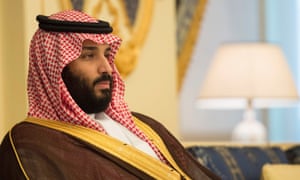 There has been no shortage of outlandish promises for the $500bn (£400bn) city-state. According to strategy documents leaked last year, the project may include a huge artificial moon, glow-in-the-dark beaches, flying drone-powered taxis, robotic butlers to clean the homes of residents and a Jurassic Park-style attraction featuring animatronic lizards.

Advertising materials stressed Neom will be built on “virgin” land, ready to be conquered with futuristic technology. “In 10 years from now we will be looking back and we will say we were the first ones to come here,” declares a Neom staff member featured in the video. 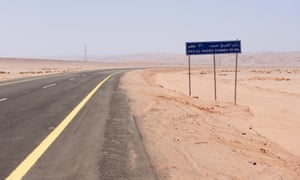 A road sign by a desert highway indicates the distance to the bay at Ras Hameed, Saudi Arabia, where Neom will be partly located. Photograph: Bloomberg/Getty Images

Yet part of the site is the home of the Huwaitat tribe, who have spanned Saudi Arabia, Jordan and the Sinai peninsula for generations, tracing their lineage back before the founding of the Saudi state. At least 20,000 members of the tribe now face eviction due to the project, with no information about where they will live in the future.

“For the Huwaitat tribe, Neom is being built on our blood, on our bones,” says Alia Hayel Aboutiyah al-Huwaiti, an outspoken activist and member of the tribe living in London. “It’s definitely not for the people already living there! It’s for tourists, people with money. But not for the original people living there.”

For some Saudis, the Huwaiti tribe among them, Neom, with its parallel legal system reporting directly to the king, represents an elite version of Saudi society, one designed simply to shut them out. Residents and visitors to the site will probably be allowed to drink alcohol and enjoy fine dining in a futuristic version of paradise that is also set to include a vast data-gathering network, including drone and facial-recognition technology covering the entire city-state.

Map showing the location of Neom

The death of Abdul Rahim al-Huwaiti on 13 April highlighted the tension between the tribe and the kingdom’s development plans. A resident of the town of Khuraibat, he had become the face of the tribes’ criticism of their forced eviction, voicing complaints in videos posted to social media, and appearing in others’ videos. One piece of footage showed him confronting a Saudi official who visited the town to speak with residents. 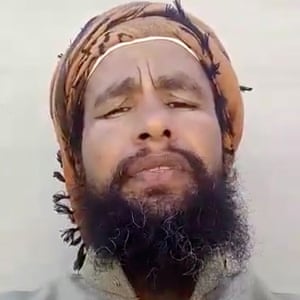 Abdul Rahim al-Huwaiti made one of his last videos in mid-April. “They have begun the process of removing people, beginning with surveying homes with the intent of removing people and deporting them from their land,” he said, referring to the security forces in his town. “They arrested anyone who said they’re against deportation, they don’t want to leave, they want to remain [in] their homes, that they don’t want money.

“I would not be surprised if they come to kill me in my house now, and place a weapon next to me,” he added.

Later the same day, he shot a video from his rooftop of the police down below. “See them? The police have come to get me,” he said.

Others from Khuraibat recorded videos of gunfire from outside his house. Later, they recorded footage inside his house, pockmarked with bullet holes. In a statement, the Saudi authorities claimed he’d been killed in a shootout with regional security forces, stating that Abdul Rahim injured two after he shot back.

His supporters have described the shooting as “an extrajudicial killing”. So too have rights groups.

“They killed him to set an example – anyone opening their mouth gets the same treatment,” says Alia al-Huwaiti.

According to the Saudi rights group Al Qst, the authorities have since worked to cover up Abdul Rahim’s killing and placate the tribe. “They are hoping to pull off a major publicity stunt by getting prominent figures among the Huwaitat to publicly disown Abdul Rahim and ‘renew their allegiance’ to the king,” said the group. 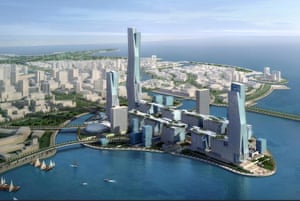 An illustration of Neom, which will be built in Saudi Arabia’s Tabuk province. Photograph: Courtesy of Neom.com

This was accompanied by the arrest of eight members of the tribe.

For Alia al-Huwaiti, the killing of Abdul Rahim and the forced displacement of the Huwaitat people highlights the kingdom’s lack of care towards tribal communities long dominated and suppressed by the state. “MBS [Mohammad Bin Salman] began by telling the tribes: ‘We will develop your area, you will make money.’ They believed him at first. By 2019, they said ‘We will empty three villages, and force people to move,’” she says.

“There is nothing called a tribe for Mohammed bin Salman,” she adds. “He doesn’t care about the tribes.”

Alia said she has received death threats for posting about the plight of Abdul Rahim and the tribe on social media, including threats she has reported to the British police. 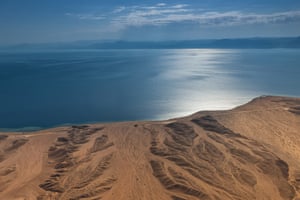 The headland where Neom will be built. Photograph: Courtesy of Neom.com

The public relations team for Neom, as well as executives from the management consulting firm Teneo, hired by Saudi authorities for more than $2m last year to represent the project, did not return requests for comment. The Saudi Arabian embassy in Washington DC did not respond to a request for comment.

But Ali Shihabi, a member of the Neom advisory board, told the Guardian that the displaced members of the tribe would be compensated. “Practice in Saudi has been that people have to accept it, and have usually done so because the government has a tradition of compensating generously.”

He said he did not know how much members of the tribe would be compensated, or when.

“We anticipated there might be problems, especially with as large of a land grab as Neom. It’s inevitable that there would be some kind of forced displacement happening,” says James Suzano, of the European-Saudi Organisation for Human Rights. “When the state has done this before, it was accompanied by human rights violations.”

The destruction of communities on the Neom site follows decades of tensions between the House of Saud and the tribes it has ruled over since the creation of the Saudi state in 1932. Exerting control over the land through construction projects or destruction of some heritage sites have marked this rule. In 2017, the UN condemned the kingdom’s forced demolition of the walled city of Awamia, in the eastern Qatif region, as violating human rights.

Karima Bennoune, the UN special rapporteur for cultural rights, said that “historic buildings have been irremediably burned down and damaged by the use of various weapons by the military, forcing residents out of their homes and of the neighbourhood, fleeing for their lives”.

A $10bn King Abdullah financial district in Riyadh, intended as a “special zone,” has sputtered since its inception in 2006, weathering construction delays and confusion over its purpose, even after government attempts at a relaunch in 2016. Critics of Neom say the project risks the same fate. 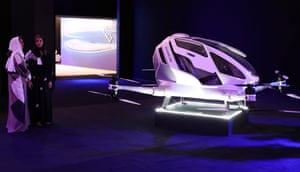 Visitors stand next to a drone taxi during an exhibition on Neom in Riyadh. Photograph: Hamad I Mohammed/Reuters

Construction is ploughing ahead despite the challenges of the pandemic and the historic drop in the price of oil, Saudi’s primary export. The project is part of the crown prince’s flagship Vision 2030 project, intended to diversify the economy away from oil, which has sustained the kingdom since the early 20th century. Yet the funds required to see Neom realised will inevitably require oil wealth.

“It’s quite revealing that [Neom] is more of a vanity project targeting the domestic elite and an international audience in terms of a new Saudi, one that’s open and economically or socially liberal,” says Josh Cooper, of Al Qst. “But at the same time, not allowing the involvement of local actors or interests in these decision-making processes.”

For Cooper, Neom is less a shining vision of the future than a grim symbol of Saudi human rights violations, underscored by the treatment of the Huwaitat tribe.

“It shows the lack of platforms people have to express their opinions, even on less contentious matters than civil or political rights,” he says.