Monday: More cuts to broadcaster’s workforce and programming expected in next year. Plus, mysterious phenomenon seen in coronavirus patients

Good morning, this is Emilie Gramenz bringing you the main stories and must-reads on Monday 4 April.

Good morning, this is Emilie Gramenz bringing you the main stories and must-reads on Monday 4 April.

A new report shows that the ABC has lost $783m in funding since the Coalition came to power in 2014. Despite a hiatus in implementing budget cuts due to the Covid-19 pandemic, the ABC’s managing director, David Anderson, has warned staff he will unveil measures to meet the shortfall at the end of July.

A survey has found that most Australians want government, not business, to lead the post-pandemic recovery. Ninety-five Australians have now died after contracting Covid-19. The poll by the Australia Institute, a progressive thinktank, shows two in three Australians believe the government should take the lead in sustaining the economy, and almost four in five said they trust the government to give clear and accurate advice on the pandemic. On Sunday the federal education minister, Dan Tehan, said he “overstepped the mark” when criticising the Victorian government over schools earlier in the day. A Melbourne primary school will be closed for three days after a teacher was infected with coronavirus.

The US secretary of state, Mike Pompeo, has claimed there is “enormous evidence” the coronavirus outbreak originated in a Chinese laboratory. He didn’t provide any of the alleged evidence and the claim is an escalation in rhetoric about the origins of the pandemic. The UK prime minister, Boris Johnson, has spoken of his dramatic stay in intensive care, saying it was a 50-50 decision on whether he should be ventilated, and revealing that plans were drawn up about how to announce his death. UK ministers face ongoing criticism about coronavirus testing, with daily tests dropping below a goal of 100,000, and more people are now in hospital with coronavirus in the north-west of England than in London. Spain and Italy, two of the European countries hardest hit by coronavirus, are beginning to emerge from strict lockdowns, but Russia and Afghanistan have reported their biggest one-day rises in new infections.

The Australian government will offer $300m to boost hydrogen investment under clean energy financing. The government will change the investment mandate of the Clean Energy Finance Corporation, directing it to make up to $300m available for a new Advancing Hydrogen Fund. The move comes ahead of other changes the government is planning to the CEFC’s investment program. Australia’s energy ministers signed off on a national hydrogen strategy in November when the Coag energy council met for the first time in more than 12 months.

The coal industry in NSW and Queensland is using as much water as all of Sydney’s households, new research shows. The report was commissioned by the Australian Conservation Foundation and used public data to examine the impact of coalmining on water resources.

A byelection in the NSW seat of Eden-Monaro will take place in a political scene utterly transformed since the federal election a year ago. The battle for the traditionally marginal seat is a first test for the Labor leader, Anthony Albanese, as the Coalition hopes to pull off the rare feat of gaining a seat while in government.

Google Australia says the search engine is the internet-age equivalent of a newspaper poster in a newsagent’s window. The local arm of Google is responding to the government’s claim that Australian news content is lucrative for tech titans. 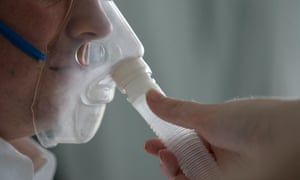 Doctors are reporting a strange new phenomenon among some Covid-19 patients. Photograph: Epicscotland/Alamy

Doctors have reported a mysterious phenomenon in coronavirus patients they are calling “happy hypoxia”: patients who are talking and apparently not in distress, but who have oxygen levels low enough to typically cause unconsciousness or even death. It is raising questions about exactly how the virus attacks the lungs and whether there could be more effective ways of treating such patients

A global coalition of artists, scientists and celebrities are urging Brazil’s leaders to take immediate action to save the country’s indigenous peoples from a Covid-19 “genocide”. In an open letter to Brazilian president, Jair Bolsonaro, the group warns the pandemic poses an extreme threat to the survival of indigenous communities in the Amazon.

Benjamin Netanyahu could be barred from forming a government after Israel’s high court began assessing petitions that seek to obstruct the prime minister because he is under criminal indictment.

Syria’s richest man and the first cousin of President Bashar al-Assad has exacerbated a spectacular falling out with the Syrian leader – accusing him of sending security forces to arrest his employees and take over his business. Rami Makhlouf is accused by the US and EU of bankrolling the Syrian regime. 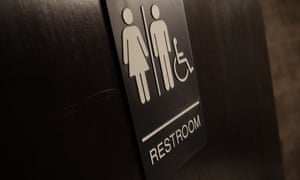 Some public health experts are calling for a rethink of restrooms Photograph: Mandel Ngan/AFP/Getty Images

Mourning at a distance is complicating the rituals of grief. Natasha Seymour discovered this firsthand when her maternal grandfather died. Without the ceremony of grief, how do we mark change? In the hours after his death, she didn’t focus on her feelings – she was too busy trying to process the logistics of attending the funeral, with limits on the number of people who can attend, and the prospect of quarantining while travelling interstate.

As our worlds have become smaller and smaller in lockdown, babies are the rare individuals learning and growing while confined to the home. Tom Whyman has realised that the best thing about lockdown is his nine-month-old baby, who “becomes more of a little person every day”. Despite the pressure of working from home and being unable to go outside or have any childcare help, looking after his child is the best part of his day.

Is remdesivir an effective treatment for Covid-19? Full Story looks at the experimental treatment, which was hailed as a breakthrough last week. It will be trialled in Australia – but some experts urge caution and say serious questions remain to be answered.

Is remdesivir an effective treatment for Covid-19?

Full Story is Guardian Australia’s news podcast. Subscribe for free on Apple Podcasts, Spotify or any other podcasting app. 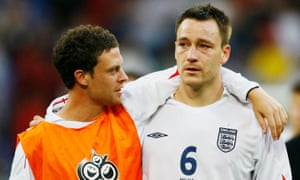 More than a decade on, fact and fiction remain entangled in the tale of former teammates turned enemies. Jonathan Liew takes an in-depth look at one of English football’s most hysterical scandals, Terry v Bridge – friends, teammates, an affair, tabloids whipped into a frenzy and a swirling legal drama.

The Sydney Morning Herald is reporting that the NSW deputy premier, John Barilaro, will not contest the federal seat of Eden-Monaro, paving the way for the state’s transport minister, Andrew Constance, to run . The ABC looks at apprentices facing an uncertain future after being stood down during coronavirus. And the West Australian reports on the City of Perth’s $30m plan to rescue a CBD “decimated” by the coronavirus pandemic.

And if you’ve read this far …

Remember “The Mountain” from Game of Thrones? The Icelandic actor-slash-strongman Hafthor Bjornsson set a world record for the deadlift on Saturday when he lifted more than half a metric tonne. Kind of makes your at-home workout regime seem light on, doesn’t it?