The Dutch Love Swearing in English

Any person, any place, any context The Dutch delight in swearing in English and they do so unembarrassed – and often with inaccuracy. “What a shitty weather!” exclaimed the prim mother of my six-year-old’s best friend as she dropped her daughter off the other day, removing a rain-soaked jacket. I winced, then laughed, then checked […]

Any person, any place, any context

The Dutch delight in swearing in English and they do so unembarrassed – and often with inaccuracy. “What a shitty weather!” exclaimed the prim mother of my six-year-old’s best friend as she dropped her daughter off the other day, removing a rain-soaked jacket. I winced, then laughed, then checked furtively over my shoulder to see if the kids were listening.

There seems to be some kind of immunity in the Netherlands to the offence of foreign swear words, as if swearing in another language filters the effect. It doesn’t. As a native English speaker, I am always startled by the liberal use of English swear words and the bizarre range of contexts they crop up in.

As well as the verbal pleasures of profanity, the Dutch enjoy incorporating it into their business names. Take the example of T.I.T.S. (This Is The Shit) clothing store, Bakery Bastards, Burger Bitch, and the lovingly-named Shitgroup.nl, who will get rid of your horse manure for a fee. An unlikely branding strategy in the US or UK, but here the worst elements of our language are relished and deemed more cool than offensive.

The Fad for ‘Fuck’

I might one day get used to a smattering of minor curse words, but the big ‘F’, really?

Since moving here from the UK in 2009, I have been surprised by how much the Dutch love the word Fuck. And you can’t escape it. Doing a spot of clothes shopping? Beware:

Visiting a gallery? Watch out: 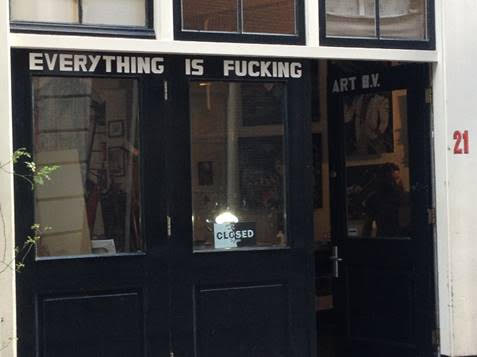 You might even just be going for a salad. 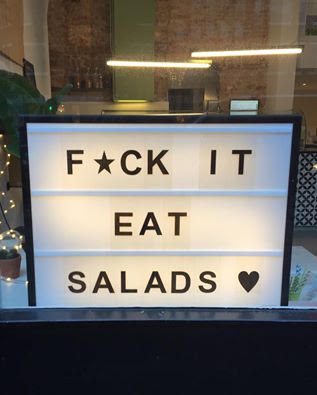 The fad for Fuck is all around.

Even intellectuals espouse it. Vrij Nederland is a respectable weekly news magazine but they don’t mind dropping the F-Bomb on their front cover. 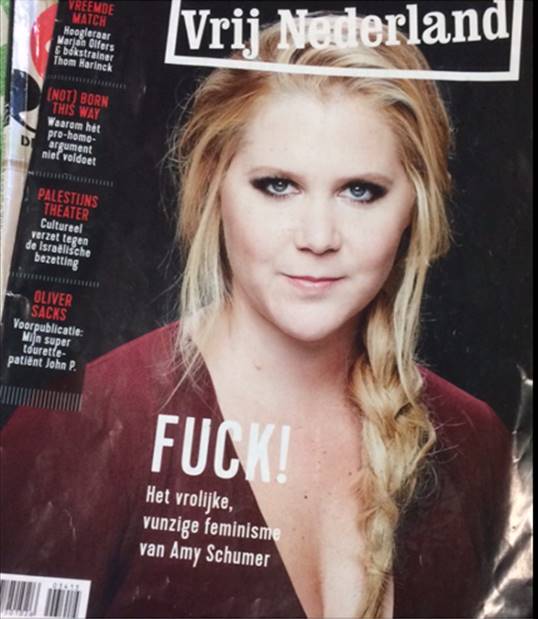 Why should they? Even politicians favour a ‘Fuck’ word or two. When former Prime Minister, Jan Peter Balkenende, wore his ‘Fuck Drugs’ T-shirt on his 2010 campaign trail, the only thing the Dutch were worried about was the reaction of other countries. The Dutch themselves were quite at home with a bit of foul language, even from their leaders. 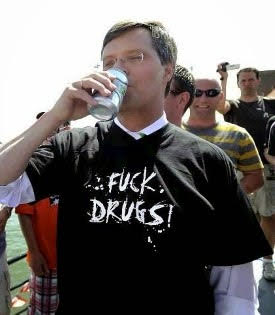 Even the radio swears at me in English

TV and radio in the Netherlands also seem to be a swearing free-for-all. There’s no obvious watershed and you won’t hear a bleep censor like back home.

When I first moved here, I was enjoying a bit of easy listening in the kitchen one morning when the Dutch DJ piped up, “Dat was Lenny fucking Kravitz.” That misplaced word, hanging there nonchalantly within the singer’s name, killed the weekend mood of the radio show and left me baffled. It was as if the f-word was some kind of enhancement; I didn’t get it. It was kind of funny but it was also a bit shocking.

In English, we use our swearwords with purpose. They can be almost any part of speech but they must have an emphatic function. This is not necessary in Dutch. You can pop a Fuck in almost anywhere; it will almost always improve your sentence.

So it seems, to be truly Dutch, you have to be speak a little bit of English too. Gratuitous swearing in inappropriate contexts is pretty fucking Dutch. And we expatriates had better bloody well get used to it.

p.s. don’t even get us started on Dutch swear words – that is a whole other topic!

Deborah Nicholls-Lee is a writer and the content manager for Amsterdam Mamas. Originally from the UK, she moved to the Netherlands in 2009, enticed by the beauty of its capital city and her love for a man who refused to return to London. Follow her on Twitter.